Have you Seen This

Have you Seen This

On your Karoos, if so what can I do with it on my Karoo:
The attachment Maps.jpg is no longer available
And this pop up after the first update of September, what is it: 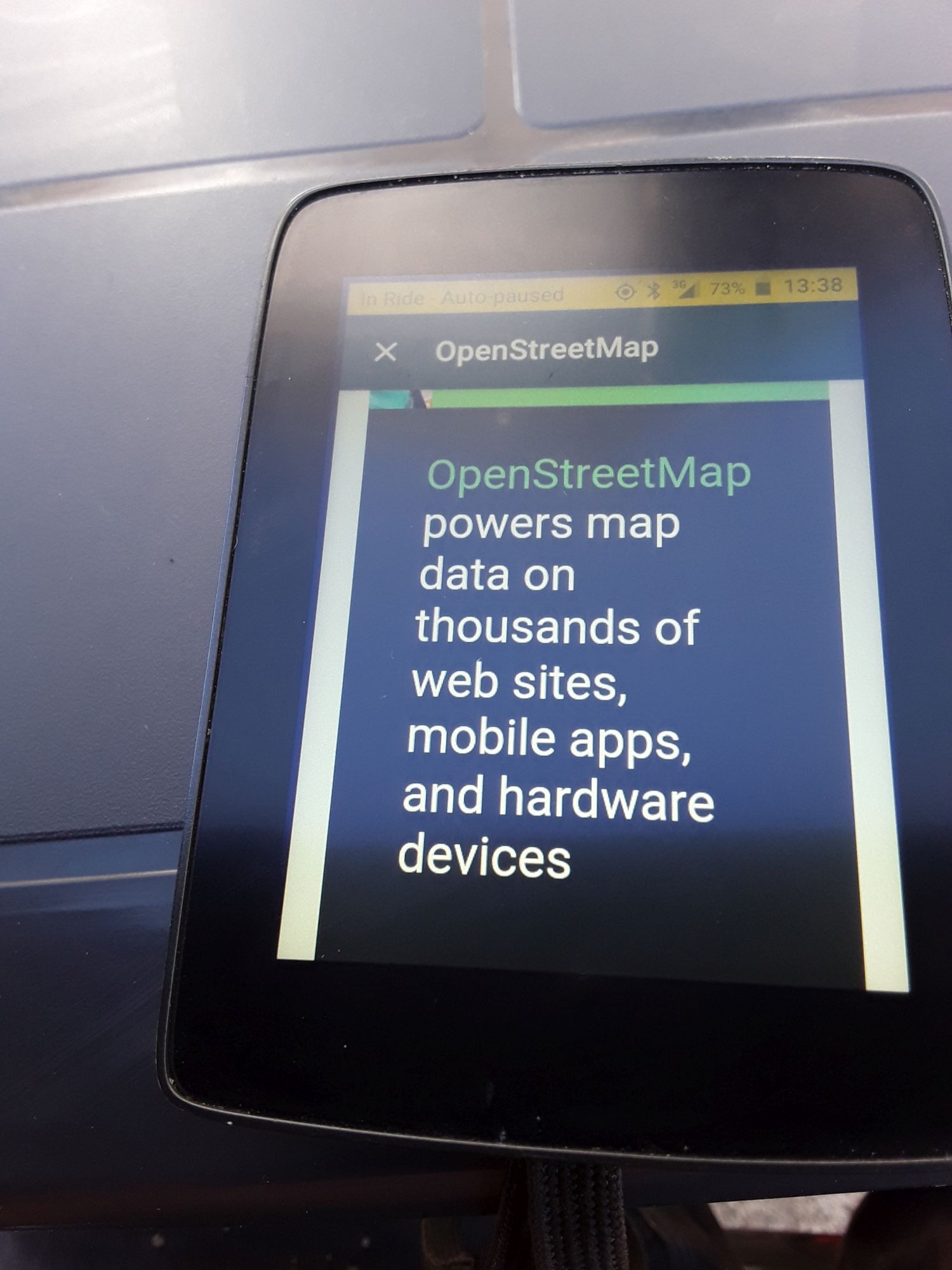 It seems to me that you all have not seen that screen image on your Karoos. Well I had the very worse time with my Karoo this morning, it would not start my ride until I got back home and sat down here to find away to start the Karoo to record, it started the ride, not much god if sitting in my lounge at home. What have they done to mess it up like this?
The attachment GOPR0813.JPG is no longer available
Looks Ok then This. 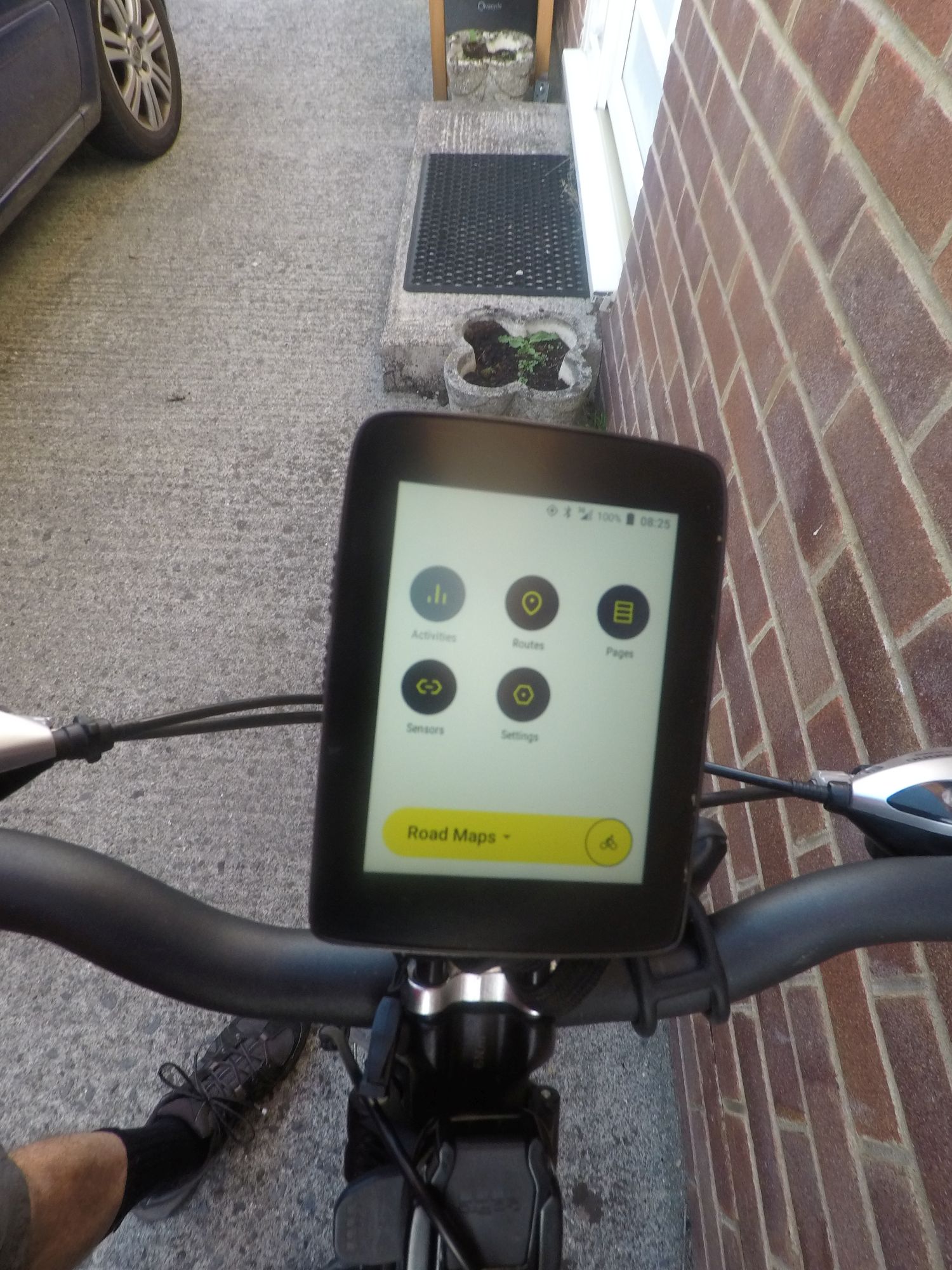 Try as much as I like, I could not get the map, just this blank screen. Talk about backward stepping!
Top 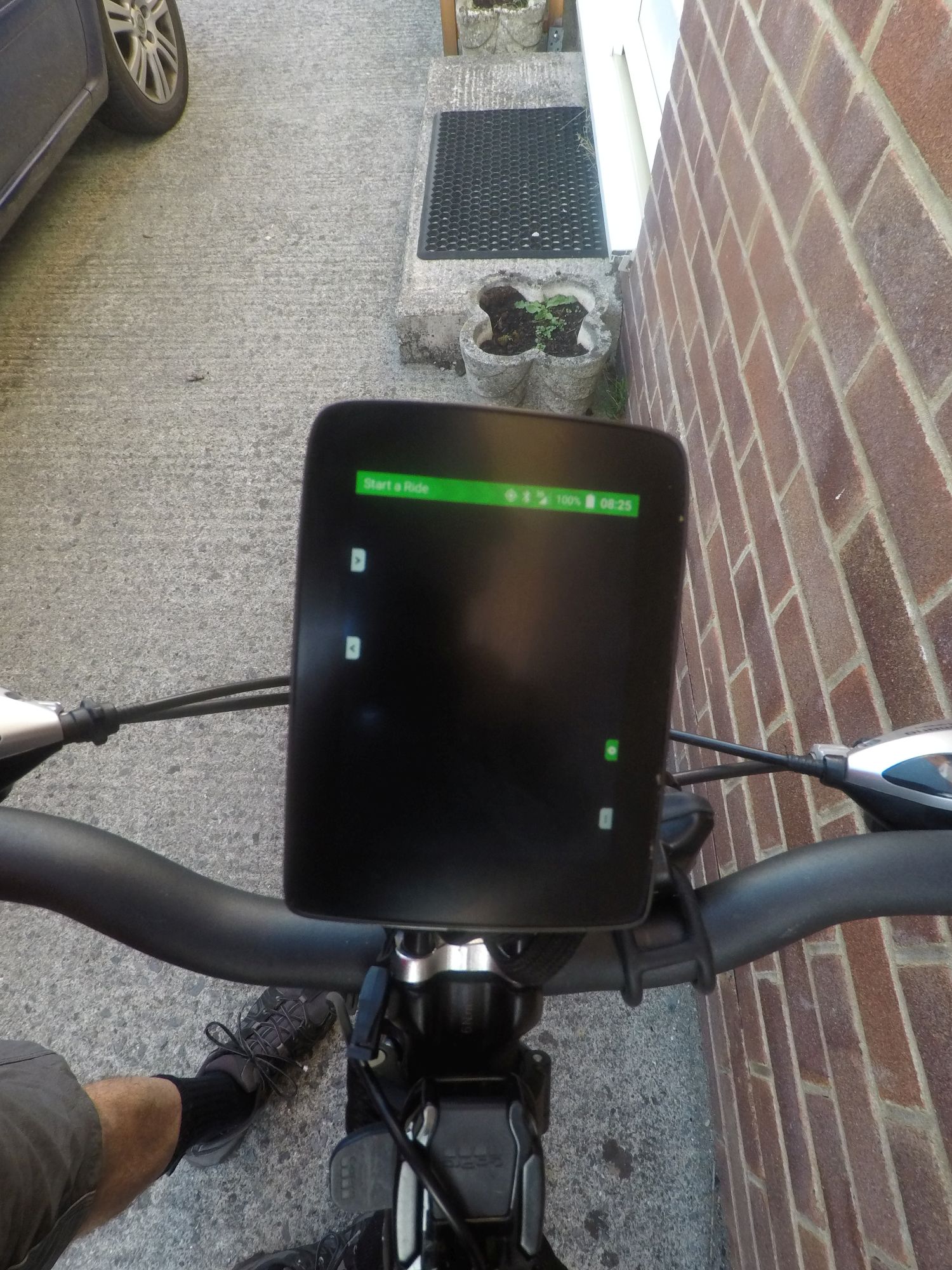 Hmm. I'm getting exactly the same thing. Blank screen instead of my data fields. Pressing the hardware button to start recording seems to do nothing. Not impressed.
Top

Follow-up - I killed the running Ride app (double-press on the bottom-right button to show the list of running tasks, then swipe the ride app to the right to kill it). Then I started the Ride app again and it worked fine this time.
Top

Lucky you, if my memory works, I will try your advice.
Top

Mine did the same thing this morning. I booted up my Karoo, set the altitude manually as normal, did the Start thing (that doesn't start anything now) and included a route, and I ended up with a blank data page. Pressing the button to start the recording did nothing. So again I double-pressed the bottom-right button, killed the running tasks and started the ride again, when it worked.
Top

Same here, start the ride, black screen.
This is my first ride with the last software (Version: 1.5.270.3) and i already notice it.
I dont understand that the ATG could miss this bug.

And HH will not have update at 11 oct so we must wait a month for a fix.
Each update it get worse.
Top

Blimey, I forgot that we have to live with this for nearly a month. HH manage to mess up an update yet again. Not impressed.
Top

Over on the Facebook group someone posted that if you use the quick pull down menu to change the theme to light then back again to dark, the normal display is restored.

This hasn’t been happening to me. But when I read this thread, I went and got my Karoo and booted it up. Sure enough, it did the same thing. Because i side load a number of apps, my Karoo doesn’t come up in the HH launcher but in another launcher. When I went to the HH launcher, none of the pages showed up in the yellow start bar. This is a problem I have seen over the last several updates. Generally it’s fixed by a reboot - as this was along with the black screen issue - but I believe it’s related to an initialization problem. When I have seen this in the past, shortly thereafter I would have the zero distance problem which was cured only by a hard reset. My feeling is this is the initial warning of a deeper problem beginning.

If this is related, then I believe there are some shared data that are being corrupted by Karoo software and eventually can only be fixed by a wipe of user memory and hard reset.i also believe it relates to how many times the Karoonis uses between resets. One of the reasons I seem to have it happen so often is that I ride every day - I.e. “often” - which is probably more “rides” than many others. So for those who experience this issue, be vigilant to other problems. My recommendation would be if you see them starting up, do a hard reset and wipe memory.

The hard reset will require a re-pairing of sensors.

Here’s how you do the reset. This is different and more comprehensive than the reset done from the settings app.

JohnJ80 wrote: ↑
Sun Sep 30, 2018 2:57 pm
Over on the Facebook group someone posted that if you use the quick pull down menu to change the theme to light then back again to dark, the normal display is restored.

Thanks. I'm on the light theme, but the reverse is also true - I reproduced the problem, and then a switch to dark fixed it (and then I could switch back to light and it was still ok).
Top

Johnj80, Quote" The hard reset will require a re-pairing of sensors. " I did not have to do a re-pairing of my Wahoo HR as my Karoo stopped recording that three weeks ago, even though I put a new battery into the Wahoo and it was stilled paired on my Karoo?
Top

Nordog - you'll only have to re-pair your sensors if you go through a factory reset and/or the reset described above.
Top

I tried twice this morning to get my Karoo to record my rides, I could see the map and the grey line as I rode along but milage was recorded & I still find the start up procedure unless takes ages & it needs about 100m before you see the grey line & at the first stop no milage done. Crazy. Now I am relly very pissed off & thinking of ebay.
Top
Post Reply
14 posts • Page 1 of 1