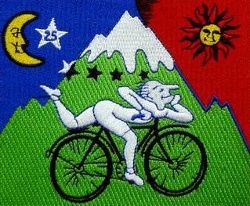 My Karoo has had a broken USB port for a few weeks again. Seems I didn't glue it back it with enough epoxy the last time - and this time I can't find anyone to fix it again as the PCB is too screwed up by now. I'll still give it a try myself when I get that SMD solder paste, but chances aren't good.
So I've been shopping around a bit, not just for K2. I don't like what I've seen from Garmin, so it boiled down to a comparison between Wahoo and K2. What had always annoyed me about Wahoo is that you can't update maps yourself or make your own. Until recently, that is. What I found most surprising is that someone found that you can use adb to talk to Wahoo devices and install APKs!
Which means
* Wahoo seems to have been using Android under the hood for quite a while without publicizing it much
* HH's development advantage isn't that great any more
* Karoo's less then stellar battery life was usually blamed on Android being more complex than others' operating systems, but that doesn't seem to be the case.

Re: Android on Wahoo

Interesting support for this
from https://hackaday.com/2019/04/29/bike-co ... n-android/
QUOTE:
When [Joshua Wise] recently took ownership of a Wahoo ELEMNT BOLT bike computer, he wondered how it worked. With impressive list of features such as Internet connectivity, GPS mapping, and Bluetooth Low Energy support, he reasoned the pocket-sized device must have some pretty decent hardware under the hood. With some poking and prodding he found the device was powered by a MediaTek SoC and incredibly had a full-blown install of Android running in the background.
Top
Post Reply
2 posts • Page 1 of 1